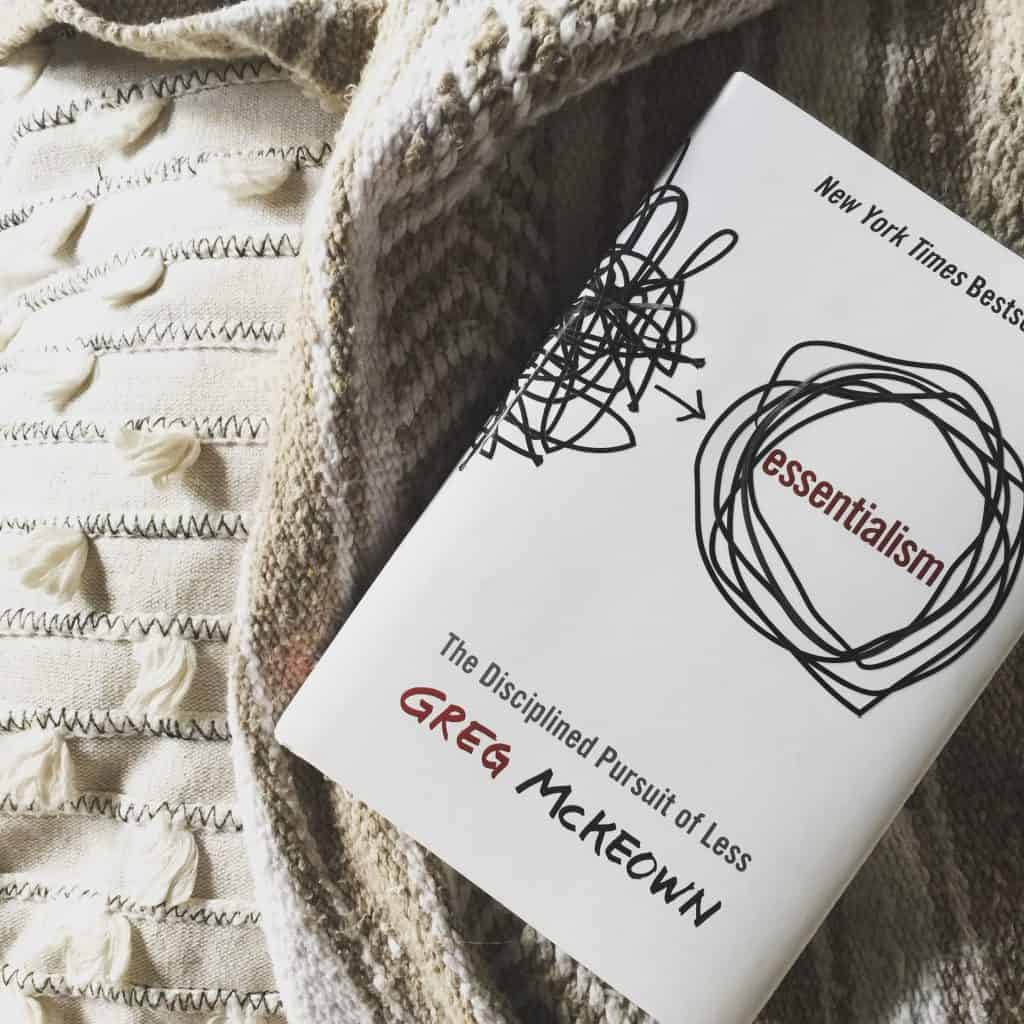 Essentialism by Greg McKeown — The Essentials:

Let’s kick things off with the Essentialism: The Disciplined Pursuit of Less (Amazon) elevator pitch. If you only have one minute to read this, here you go:

What essentialism is (and what it isn’t)

All quotes are from author Greg McKeown unless noted otherwise. I’ve added emphasis in bold.

If you’re still here then you’re in for the long haul. Here are my top 10 life (and work) hacks from Essentialism: The Disciplined Pursuit of Less. 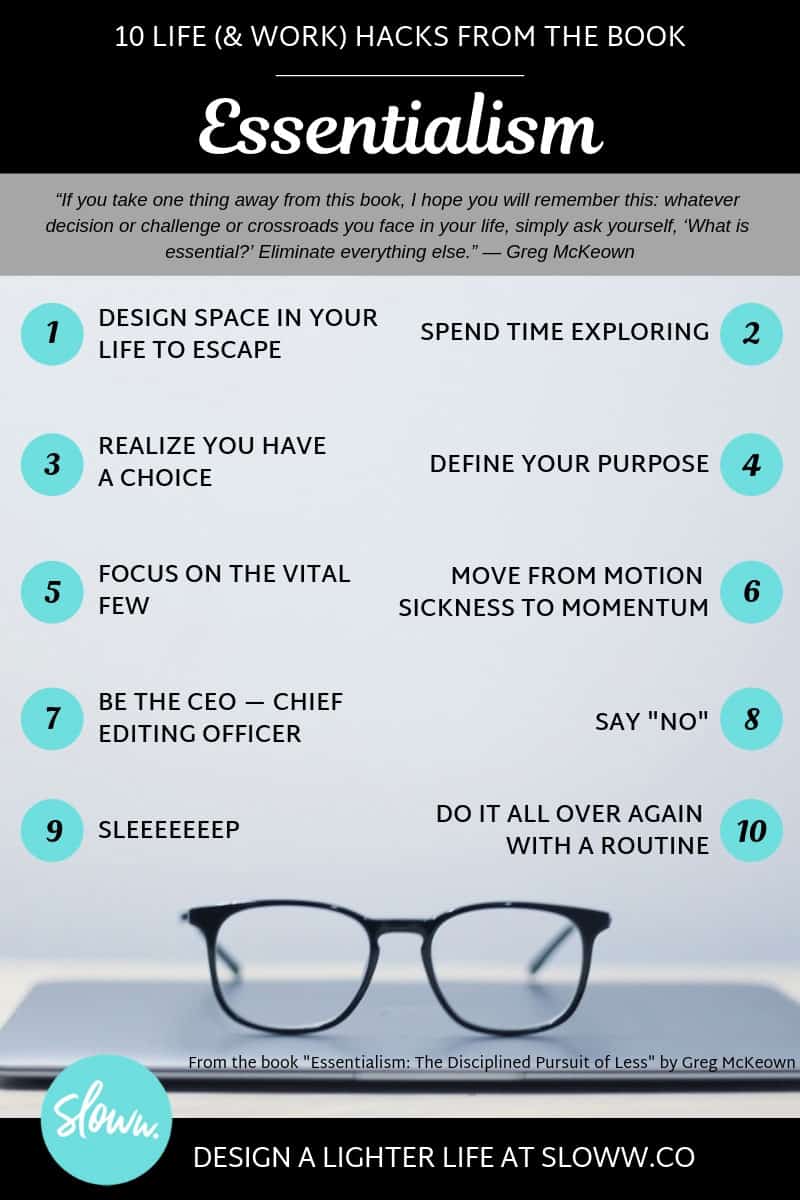 Essentialism #1: Design space in your life to escape

“Without great solitude no serious work is possible.” — Pablo Picasso

“When I examine myself and my methods of thought, I come to the conclusion that the gift of fantasy has meant more to me than my talent for absorbing positive knowledge.” — Albert Einstein

Essentialism #3: Realize you have a choice

“In a few hundred years, when the history of our time will be written from a long-term perspective, it is likely that the most important event historians will see is not technology, not the Internet, not e-commerce. It is an unprecedented change in the human condition. For the first time—literally—substantial and rapidly growing numbers of people have choices. For the first time, they will have to manage themselves. And society is totally unprepared for it.” — Peter Drucker

“The crime which bankrupts men and states is that of job-work;—declining from your main design to serve a turn here or there.” — Ralph Waldo Emerson

Essentialism #5: Focus on the vital few

“You cannot overestimate the unimportance of practically everything.” — John Maxwell 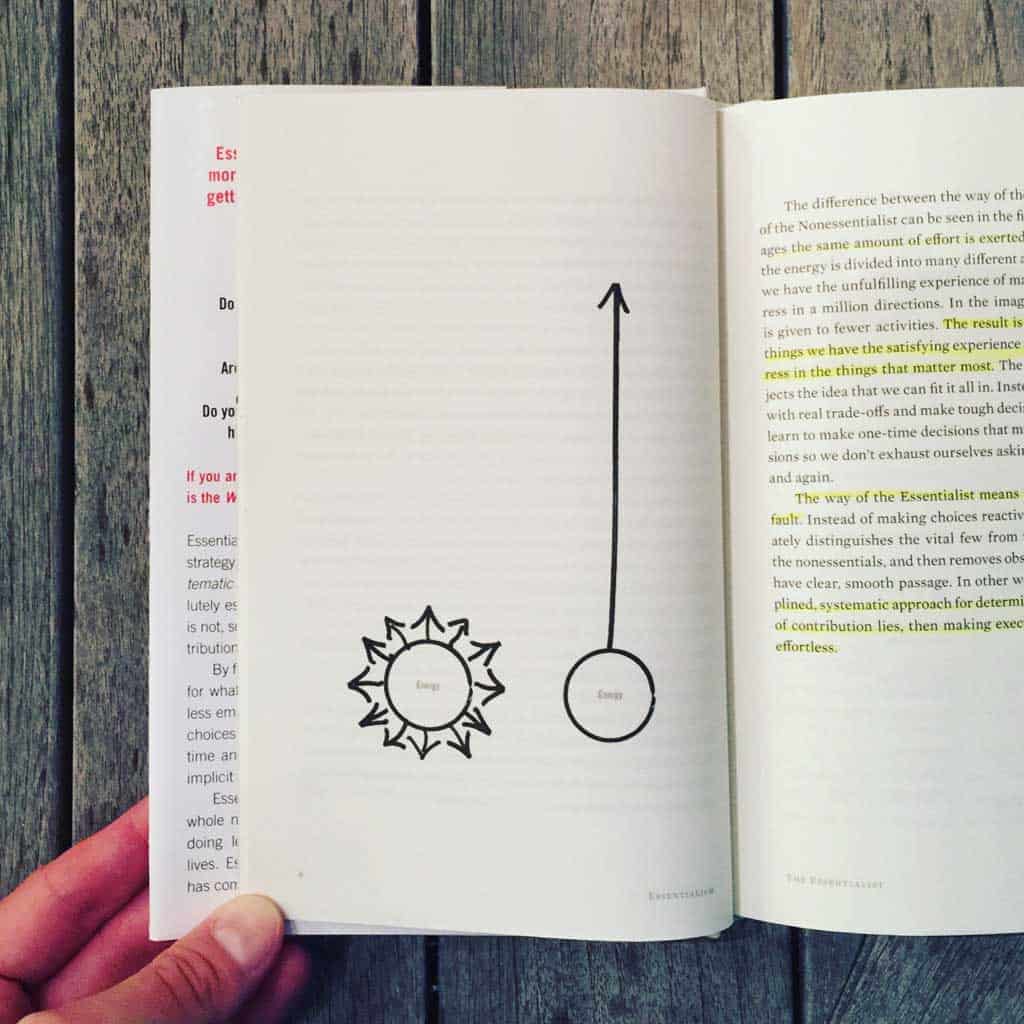 “To follow, without halt, one aim: There is the secret to success.” — Anna Pavlova

“There are no solutions. There are only trade-offs.” — Thomas Sowell

“Half of the troubles of this life can be traced to saying yes too quickly and not saying no soon enough.” — Josh Billings

Essentialism #10: Do it all over again (and again and again) with a routine

“Every day do something that will inch you closer to a better tomorrow.” — Doug Firebaugh

Questions to Ask Yourself:

Wrapping things up, here are some of the questions the author asks us to think about. Have some thoughts? Please share in the comments. And, you can check out all my book summaries here.