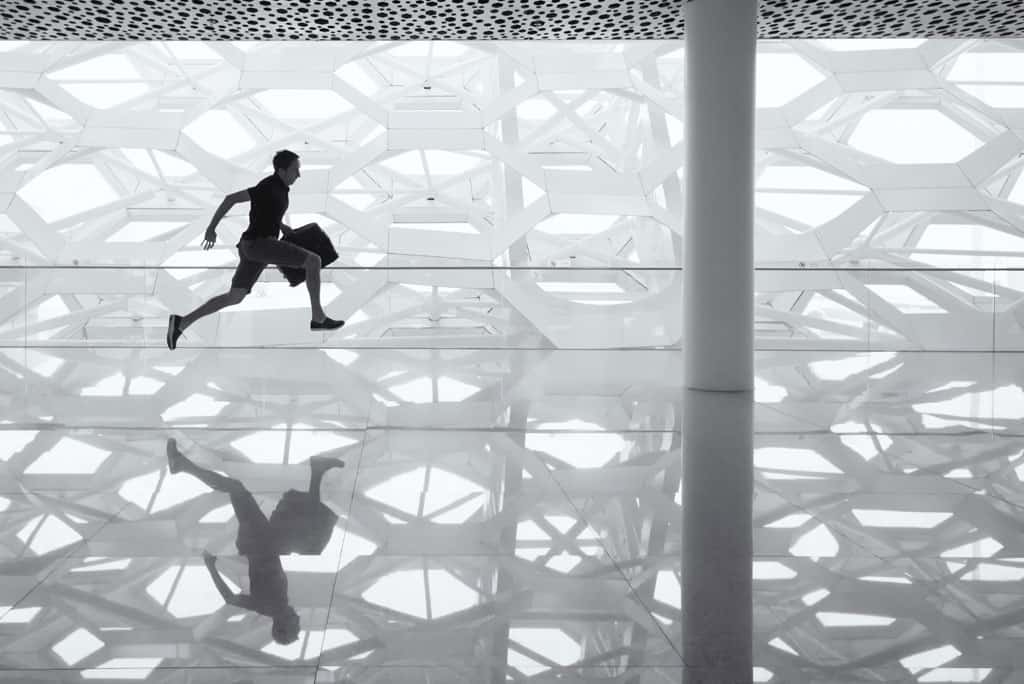 “The difficulty of describing things for Western ears is that people in a hurry cannot feel.” — Alan Watts

Isn’t it interesting how that works? We can’t feel when we are too busy. But, “too busy” is often just a feeling itself.

As I mentioned in the series, we feel a lot of things as it relates to our time:

Are these just feelings? Or, are we actually as busy as we think we are?

The Busy Reality, According to Research

Unlike what you see in the news and mainstream media, we are living in an amazing time in human history. Many things are better now than they have ever been in the past (no really, they are…check out Factfulness — a book Bill Gates says is “one of the most important books I’ve ever read” and one of his favorite books of all time).

So, what’s the reality when it comes to busyness?

Rather see the numbers instead? Here you go (you’ll need to zoom in a bit):

No matter which way you view the data, there are clearly some trends with how we spend our time in America. The vast majority of our time is spent on just a few things: sleep/personal care, followed by leisure, and then work.

Reality #1: The amount of time spent on household chores has decreased dramatically with modern inventions like the washer/dryer, dishwasher, etc.
The graph above shows when household inventions were adopted in the US along with their impact on household work hours per week. There’s no doubt that modern Americans have gained substantial time back in our lives by reducing household chore time.
Reality #2: Work hours per week declined for a century (1870-1970) and have flatlined around 40 hours/week for the last 5 decades (1970-Present).

This is where things may get surprising to you. Work hours per week are not increasing for most people. In fact, like household chore time, work hours have significantly decreased over time as well.

In 1975, American sociologist Max Kaplan noted that US work hours had been declining almost 4 hours per week each decade between 1875-1975 (from 70 hours/week to 37 hours/week over the course of that century) due to automation.²

Since then, it’s flatlined:

By 1970 it had fallen to slightly less than 39 (hours/week). But then something changed. Instead of continuing to decline, the duration of the workweek stayed put; it’s hovered just below 40 hours for nearly five decades. — The Atlantic³

Reality #3: The majority of Americans believe they have enough time to do what they need to do.

This is where you’ll likely be most surprised if (like me) you feel busier than ever.

Many articles reference a 2011 Gallup poll that shows the majority of Americans believe they have enough time to do what they need to do. Gallup concluded:

Taken together, the results reveal that, while a majority of working Americans report having enough time to do what they need to do, a significant proportion believe they cannot catch up with their daily obligations and needs. Specific demographic groups such as working women, parents with children in the household, and those at the top of the income spectrum are among the most likely to be time-poor. — Gallup4

Surprised? Me too. So, for those of us who genuinely believe we are busier than ever, what’s the explanation?

Why Do We Feel So Busy?

This was an aha moment for me and aligns with recent research I did on mental bandwidth.

It reminded me of a quote by monk/professor/author Haemin Sunim from his book The Things You Can See Only When You Slow Down:

Why am I so busy? When everything around me is moving so fast, I stop and ask, ‘Is it the world that’s busy, or is it my mind?’

My grandfather worked 16 hours a day in the farmland and (thought he was) very busy. We work eight hours, five days a week and think we are very busy. — CNBC5

Brigid Schulte, author of the book Overwhelmed: How to Work, Love, and Play When No One Has the Time, addresses the same theme of “thinking”:

A second theory that Schulte considers is that ‘the overwhelm’ is a function not so much of how many things Americans have to do but of how much time they spend thinking about how many things they have to do. — The New Yorker6

Busyness is in our mind. In how we think. But, that means busy can be a choice.

While doing research for the busyness post series, I intentionally set aside quotes talking about feeling busy. Here’s what I found (emphasis added in bold):

If I try to summarize the takeaways from just those quotes: we feel busy due to the pace of American culture, the social pressure to do it all, the stress of tradeoffs when making choices, multitasking, the willingness to trade leisure for productivity, and the vicious cycle of busyness making you feel even busier.

All of these are addressed in more detail in Busyness 101: Why are we SO BUSY in Modern Life? (7 Hypotheses).

But, I do believe that there’s one in particular that deserves special attention — one that may seem so simple but possibly have the biggest affect. The modern abundance of choice. On the surface, you may think choice is a good thing. And, that’s true up to a point. However, the “father of modern management,” Peter Drucker, saw the dark side of choice — individual responsibility:

In a few hundred years, when the history of our time will be written from a long-term perspective, it is likely that the most important event historians will see is not technology, not the Internet, not e-commerce. It is an unprecedented change in the human condition. For the first time—literally—substantial and rapidly growing numbers of people have choices. For the first time, they will have to manage themselves. And society is totally unprepared for it. — Peter Drucker

What do you think? Let me know in the comments!