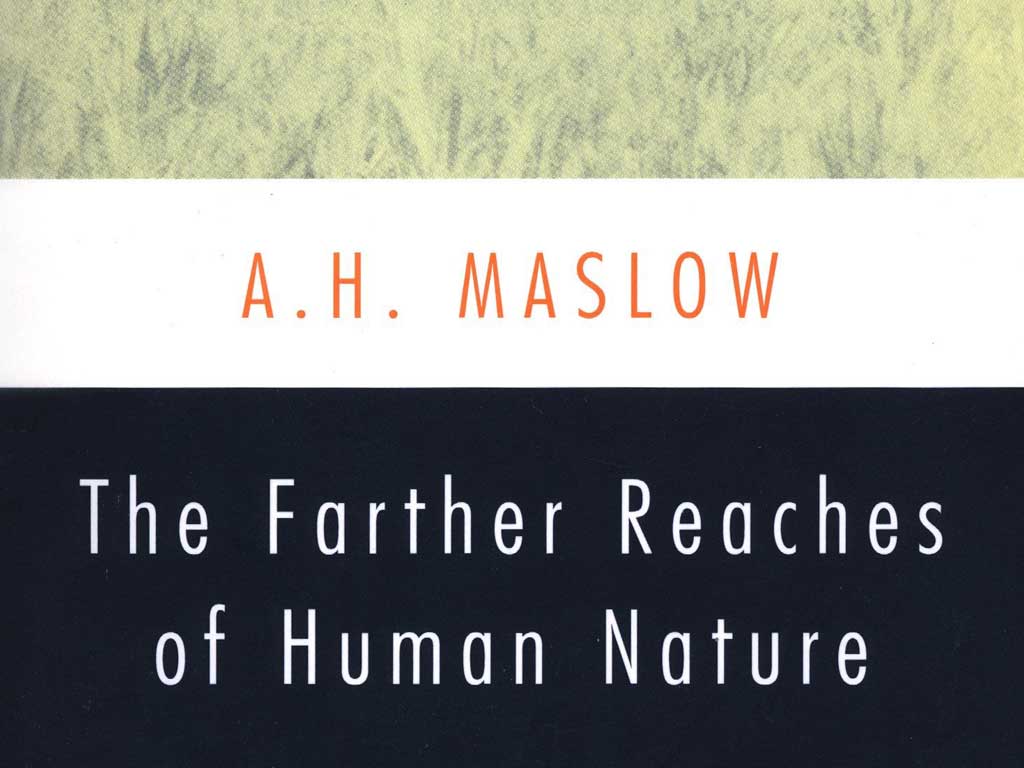 “Maslow was more than anything else a philosopher of science.” — Henry Geiger

This isn’t the easiest book to read, but I thoroughly enjoyed Abraham Maslow’s The Farther Reaches of Human Nature (Amazon). In fact, I thought it was so great that I apparently took over 25,000 words of notes! That may be a new record and beat my notes from Eckhart Tolle’s A New Earth.

Here are a few top-of-mind thoughts before we dive into the book summary:

It seems to me that we are at a point in history unlike anything that has ever been before. Life moves far more rapidly now than it ever did before. Think, for instance, of the huge acceleration in the rate of growth of facts, of knowledge, of techniques, of inventions, of advances in technology. It seems very obvious to me that this requires a change in our attitude toward the human being, and toward his relationships to the world.

Due to post length, you can find separate summaries of self-actualization here and transcendence here.

As always, all quotes are from the author unless otherwise stated, and I’ve added emphasis to quotes in bold.

Beyond the Hierarchy of Needs: The Farther Reaches of Human Nature by Abraham Maslow (Book Summary)

Full Humanness (and our great paradox)

“Only a small proportion of the human population gets to the point of identity, or of selfhood, full humanness, self-actualization, etc., even a society like ours which is relatively one of the most fortunate on the face of the earth. This is our great paradox. We have the impulse toward full development of humanness. Then why is it that it doesn’t happen more often? What blocks it?”

Choice & Responsibility (for our own evolution)

“I must reassert that we have come to the point in biological history where we now are responsible for our own evolution. We have become self-evolvers. Evolution means selecting and therefore choosing and deciding, and this means valuing.”

“This is the ability to simultaneously perceive in the fact—the is—its particularity, and its universality; to see it simultaneously as here and now, and yet also as eternal, or rather to be able to see the universal in and through the particular and the eternal in and through the temporal and momentary. In my own phrasing, this is a fusion of the Being-realm and the Deficiency-realm: to be aware of the B-realm while immersed in the D-realm.”

“My feeling is that the concept of creativeness and the concept of the healthy, self-actualizing, fully human person seem to be coming closer and closer together, and may perhaps turn out to be the same thing.”

“It is now quite clear that the actualization of the highest human potentials is possible—on a mass basis—only under ‘good conditions.’ Or more directly, good human beings will generally need a good society in which to grow. Contrariwise, I think it should be clear that a normative philosophy of biology would involve the theory of the good society, defined in terms of ‘that society is good which fosters the fullest development of human potentials, of the fullest degree of humanness.'”

“What teachers have specialized in and gotten to be very good at is ‘extrinsic learning’…The process of growing into the best human being one can be is, instead, ‘intrinsic learning.'”

“All (self-actualizing people), in one way or another, devote their lives to the search for what I have called the ‘being’ values (‘B’ for short), the ultimate values which are intrinsic, which cannot be reduced to anything more ultimate. There are about fourteen of these B-Values, including the truth and beauty and goodness of the ancients and perfection, simplicity, comprehensiveness, and several more…They are the values of being.”

The characteristics of being are also the values of being.

“The existence of these B-Values adds a whole set of complications to the structure of self-actualization. These B-Values behave like needs. I have called them metaneeds. Their deprivation breeds certain kinds of pathologies which have not yet been adequately described but which I call metapathologies—the sicknesses of the soul which come, for example, from living among liars all the time and not trusting anyone. Just as we need counselors to help people with the simpler problems of unmet needs, so we may need meta-counselors to help with the soul-sicknesses that grow from the unfulfilled metaneeds. In certain definable and empirical ways, it is necessary for man to live in beauty rather than ugliness, as it is necessary for him to have food for an aching belly or rest for a weary body. In fact, I would go so far as to claim that these B-Values are the meaning of life for most people, but many people don’t even recognize that they have these metaneeds.“

“A subhypothesis emerges here from my occasional observation that highly developed or matured individuals (‘metapersons’?), even when meeting for the first time, can make extraordinarily quick communication with each other at the highest level of living with what I have called the B-language.”