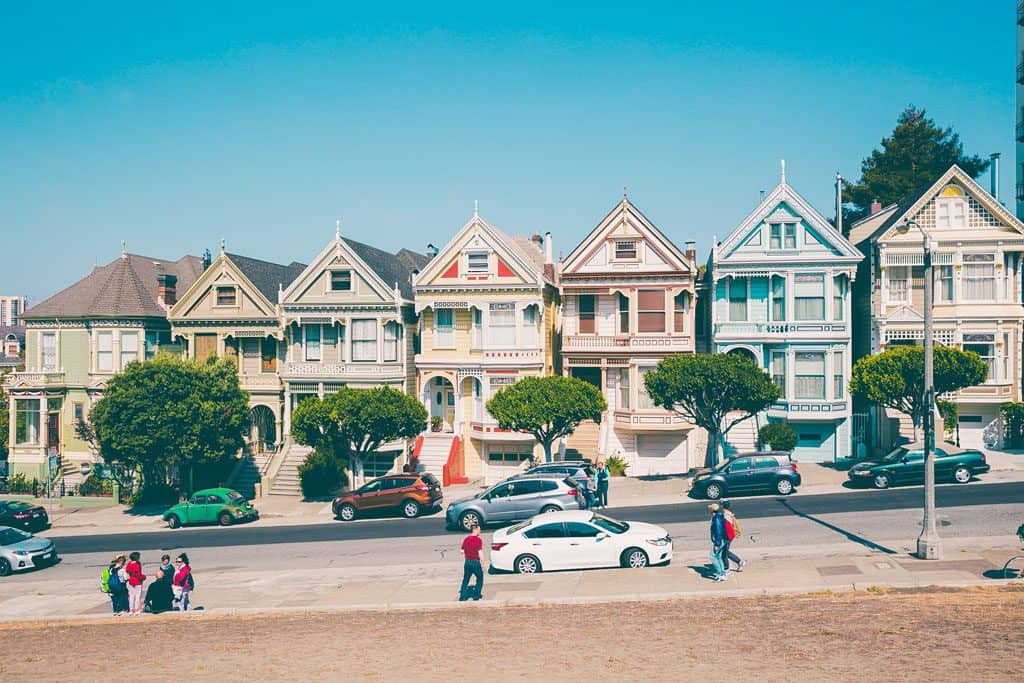 “Keeping up with the Joneses.” The epitome of lifestyle inflation. The tourist in the story of the tourist and the fisherman.

We’ve all heard it. But, does anyone know why we say it, or where it came from?

This little research project turned out to be much more fascinating than I expected going into it. No matter which origin story you want to believe, we’ve been using the phrase for over a century.

5 Origin Stories of “Keeping up with the Joneses”

No one seems to agree on which one of these stories is true, but they are all entertaining and interesting:

3) The Mansion owned by Elizabeth Jones: One source says the phrase was inspired by a mansion that was built in the 1850s in New York as a “summer getaway for New York City socialite Elizabeth Schermerhorn Jones.”

The 7,690-square-foot home, called Wyndclyffe Castle, was so elegant and over the top it prompted neighbors to build even bigger houses in an effort to ‘keep up with the Joneses.’

The mansion was abandoned by the 1950s. What was once a top-of-the-line mansion on 80 acres is now falling apart on 2.5 acres (this post has a bunch of pictures). If this isn’t a beautiful example of impermanence, I don’t know what is. One day you will be gone. And so will your house, your car, and all your stuff.

4) Comic strip by Arthur “Pop” Momand: This story says the popular phrase was coined by American cartoonist Arthur “Pop” Momand in his comic strip called (you guessed it) “Keeping up with the Joneses.” In a coincidental connection to the mansion story above, apparently Momand got the idea when he moved from New York City to a suburb of New York. His comic strip and the expression were used sometime between 1913-1916 (source). The comic features the McGinnis family who references the Jones family. Even Wikipedia claims this story as the origin.

5) The Wilmington family of Pembroke and Sarah Jones: This article says all of the other stories above are based on this family. They were among “the richest of the rich” — more than 1,000 wedding guests when they married in 1884, owners of “the second grandest house in North Carolina” and multiple other properties, and throwers of extravagant parties with an entertainment line in their annual budget equivalent to $7M in today’s money.

The house was so big…that there’s not a picture that we’ve found that has the entire house in the same frame.

It’s possible that Arthur “Pop” Momand was aware of the Wilmington Jones family because they were firmly established by the time he started his comic strip.

Arthur “Pop” Momand got the last laugh with his satirical comics. While he may not have been rich in money, he was rich in time. He lived to be 101 years old — 17-45 years longer than all the Joneses mentioned above. Quite a feat for someone born in 1886. Even the 100+ year old Ikarians in the Blue Zones would applaud that long life.

Money may not be equal, but we all get 24 hours per day. Save your money for financial independence and “buy” more of your time at a younger age.

If we are lucky enough to live two decades shorter than Arthur (the average U.S. lifespan today is 79 years old), we will get the equivalent of 1% of recorded history.

What are you doing with your 1%?