The overview effect (also known as orbital perspective) blew my mind when I first learned about it.

Whenever I travel somewhere by plane, I’m amazed at how tiny the world looks from above.

As you go higher and higher, it seems like all our superficial (and human-made) issues, problems, and challenges slip away.

I’ve been searching for things related to air travel and being 10,000-30,000 feet above ground to see if there was a name for this concept. Turns out there is something known as the “break-off” phenomenon that was studied by jet aviators over 60 years ago.(3)

Then I came across Carl Sagan’s famous reflections on the “pale blue dot” photo taken by the Voyager 1 space probe from 3.7 billion miles away.

“There are no borders or boundaries on our planet except those that we create in our minds or through human behaviors. All the ideas and concepts that divide us when we are on the surface begin to fade from orbit and the moon. The result is a shift in worldview, and in identity.” — Frank White 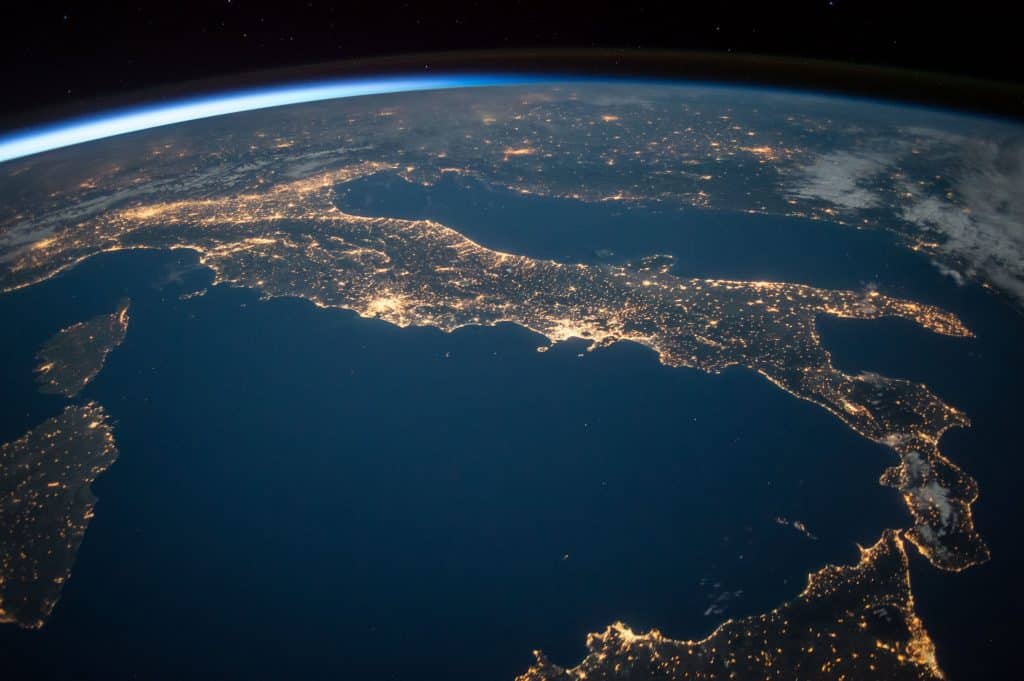 What is the Earth Overview Effect that Inspires Astronauts?

The overview effect is a cognitive shift in awareness reported by some astronauts during spaceflight, often while viewing the Earth from outer space.(1)

Many astronauts and pilots have experienced the overview effect over the years. The term “overview effect” was created by Frank White in the 1970s while flying in an airplane:

While there are many great quotes from past astronauts, this one from Edgar Mitchell is a personal favorite:

This 20-minute video showcases and describes the overview effect—it should be required watching for all of us on Earth.

The Overview Effect in Action Today

Ron Garan was a NASA astronaut who left his dream job to to share the unique perspective of this effect full time. Instead of the overview effect, he refers to it as the “orbital perspective.” He believes it can have “profound, positive effects on the trajectory of our global society and our world” and wants “to communicate the transformative power of acquiring a big picture and long-term perspective of our planet.”

Ron is taking the orbital perspective even further. He’s working on something called “World View” that will literally fly people into space to get this perspective for themselves.

What do you think? Are we all part of Spaceship Earth? Will Homo Spaciens become a real thing in the future?

Is it a coincidence that you move slowly in space? Maybe it’s lack of gravity, or maybe it’s forced slow living to experience the overview effect.