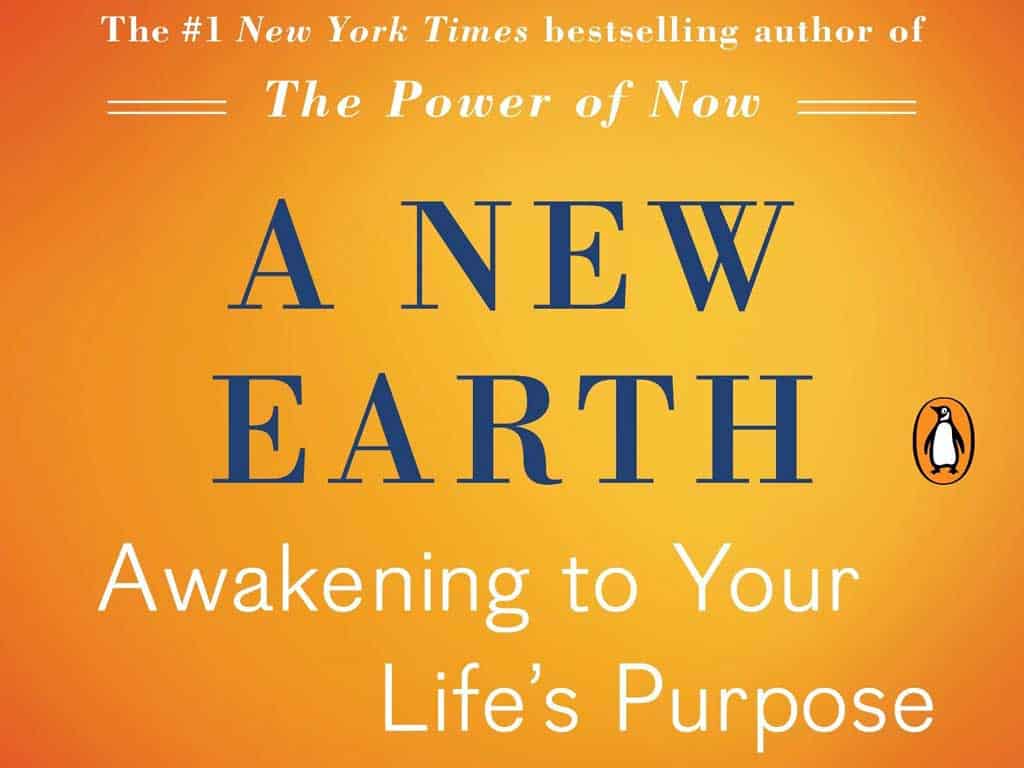 This is the first of three posts in a book summary series on Eckhart Tolle’s A New Earth. You can jump to the other two posts here:

Whew, where to begin? A New Earth is by far one of the most life-changing books I’ve ever read. But, it’s not the easiest read. In fact, I started it and stopped at least three times before ever making it the entire way through. Maybe I just wasn’t ready the last few years. So, how did I finally make it to the end?

Most importantly, I think the timing was finally right. But tactically, I also changed how I read the book this time. I listened to the audiobook and followed along in the ebook at the same time. I believe this “see/say” experience allowed me to digest and absorb the book at a deeper level. I’d highly recommend that approach if you decide to read it as well (and I hope you do!).

All in all, I saved more notes from this book than any other book I’ve ever read—over 16,000 words of notes. Editing my notes is like reading the book a second and third time through, and I still feel like I’m learning new things each time. I believe I’ve started the irreversible awakening process.

To skip to a specific section within this post, use the links below:

A New Earth: Awakening to Your Life’s Purpose by Eckhart Tolle

“Partly as a result of the spiritual teachings that have arisen outside the established religions, but also due to an influx of the ancient Eastern wisdom teachings, a growing number of followers of traditional religions are able to let go of identification with form, dogma, and rigid belief systems and discover the original depth that is hidden within their own spiritual tradition at the same time as they discover the depth within themselves. They realize that how ‘spiritual’ you are has nothing to do with what you believe but everything to do with your state of consciousness. This, in turn, determines how you act in the world and interact with others.”

“Most people are so distracted by their thoughts, so identified with the voices in their heads, they can no longer feel the aliveness within them. To be unable to feel the life that animates the physical body, the very life that you are, is the greatest deprivation that can happen to you. You then begin to look not only for substitutes for that natural state of well­being within, but also for something to cover up the continuous unease that you feel when you are not in touch with the aliveness that is always there but usually overlooked.”

“Ego is no more than this: identification with form, which primarily means thought forms. If evil has any reality – and it has a relative, not an absolute, reality – this is also its definition: complete identification with form – physical forms, thought forms, emotional forms. This results in a total unawareness of my connectedness with the whole, my intrinsic oneness with every ‘other’ as well as with the Source. This forgetfulness is original sin, suffering, delusion.”

A New Earth: Identification with Form

“One of the most basic mind structures through which the ego comes into existence is identification. The word ‘identification’ is derived from the Latin word idem, meaning ‘same’ and facere, which means ‘to make.’ So when I identify with something, I ‘make it the same.’ The same as what? The same as I. I endow it with a sense of self, and so it becomes part of my ‘identity.’ One of the most basic levels of identification is with things: My toy later becomes my car, my house, my clothes, and so on. I try to find myself in things but never quite make it and end up losing myself in them. That is the fate of the ego.”

“Of course different people fulfill different functions in this world. It cannot be otherwise. As far as intellectual or physical abilities are concerned – knowledge, skills, talents, and energy levels – human beings differ widely. What really matters is not what function you fulfill in this world, but whether you identify with your function to such an extent that it takes you over and becomes a role that you play. When you play roles, you are unconscious.“

“When you want to arrive at your goal more than you want to be doing what you are doing, you become stressed. The balance between enjoyment and structural tension is lost, and the latter has won. When there is stress, it is usually a sign that the ego has returned, and you are cutting yourself off form the creative power of the universe.”

“The surrendered state of consciousness opens up the vertical dimension in your life, the dimension of depth. Something will then come forth from that dimension into this world, something of infinite value that otherwise would have remained unmanifested. Some people who surrendered to severe limitation become healers or spiritual teachers. Others work selflessly to lessen human suffering or bring some creative gift into this world.”

“When the ego is at war, know that it is no more than an illusion that is fighting to survive. That illusion thinks it is you. It is not easy at first to be there as the witnessing Presence, especially when the ego is in survival mode or some emotional pattern from the past has become activated, but once you have had a taste of it, you will grow in Presence power, and the ego will lose its grip on you. And so a power comes into your life that is far greater than the ego, greater than the mind. All that is required to become free of the ego is to be aware of it, since awareness and ego are incompatible. Awareness is the power that is concealed within the present moment. This is why we may also call it Presence. The ultimate purpose of human existence, which is to say, your purpose is to bring that power into this world.“

“Your inner body is not solid but spacious. It is not your physical form but the life that animates the physical form. It is the intelligence that created and sustains the body, simultaneously coordinating hundreds of different functions of such extraordinary complexity that the human mind can only understand a tiny fraction of it. When you become aware of it, what is really happening is that the intelligence is becoming aware of itself. It is the elusive ‘life’ that no scientist has ever found because the consciousness that is looking for it is it.“

“Once there is a certain degree of presence, of still and alert attention in human beings’ perceptions, they can sense the divine life essence, the one indwelling consciousness or spirit in every creature, every life­-form, recognize it as one with their own essence and so love it as themselves.”

“It has been said ‘God is love’ but that is not absolutely correct. God is the One Life in and beyond the countless forms of life. Love implies duality: lover and beloved, subject and object. So love is the recognition of oneness in the world of duality. This is the birth of God into the world of form. Love makes the world less worldly, less dense, more transparent to the divine dimension, the light of consciousness itself.”

“When you are detached, you gain a higher vantage point from which to view the events in your life instead of being trapped inside them. You become like an astronaut who sees the planet Earth surrounded by the vastness of space and realizes a paradoxical truth: The earth is precious and at the same time insignificant. The recognition that This, too will pass brings detachment and with detachment another dimension comes into your life: inner space. Through detachment, as well as non-­judgment and inner nonresistance, you gain access to that dimension.”

“Nonresistance is the key to the greatest power in the universe. Through it, consciousness (spirit) is freed form its imprisonment in form.”

“How to be at peace now? By making peace with the present moment. The present moment is the field on which he game of life happens. It cannot happen anywhere else. Once you have made peace with the present moment, see what happens, what you can do or choose to do, or rather what life does through you. There are three words that convey the secret of the art of living, the secret of all success and happiness: One With Life. Being one with life is being one with Now. You then realize that you don’t live your life, but life lives you. Life is the dancer, and you are the dance.”

“Abundance comes only to those who already have it. It sounds almost unfair, but of course it isn’t. It is a universal law. Both abundance and scarcity are inner states that manifest as your reality.”

“The coming into manifestation of the world as well as its return to the unmanifested – its expansion and contraction – are two universal movements that we could call the outgoing and the return home.”

“The recognition of the impermanence of all forms awakens you to the dimension of the formless within yourself, that which is beyond death. Jesus called it ‘eternal life.'”

Continue to the next posts in the series: