I devoured When: The Scientific Secrets of Perfect Timing by Daniel Pink (Amazon) in just a few sittings.

It’s an eye-opening and quick read. And, it couldn’t have come at a more opportune time because I have some BIG NEWS to share.

Yesterday marked the end (at least for now) of a 10+ year professional marketing career. Today is day 1 of venturing out into the wild world of entrepreneurship. I’ll be posting a lot more frequently on this site: personal stories, ancient wisdom, modern research, book summaries, you name it. All intended to help you live a lighter life: less busyness and stress—more simplicity, balance, and intentional living.

I literally cannot wait to get started—which is why I’m up bright and early on my first day.

To kick us off on the right foot, this post is a summary of my favorite quotes from the book. I’ve taken the liberty to organize the quotes under my own categories to make it easy for all of us to scan and immediately apply whatever we want to our own lives. As always, emphasis (anything in bold) has been added by me. Even though this book is big on research and data, I think you’ll find it to be delivered in a way that is practical and immediately actionable. 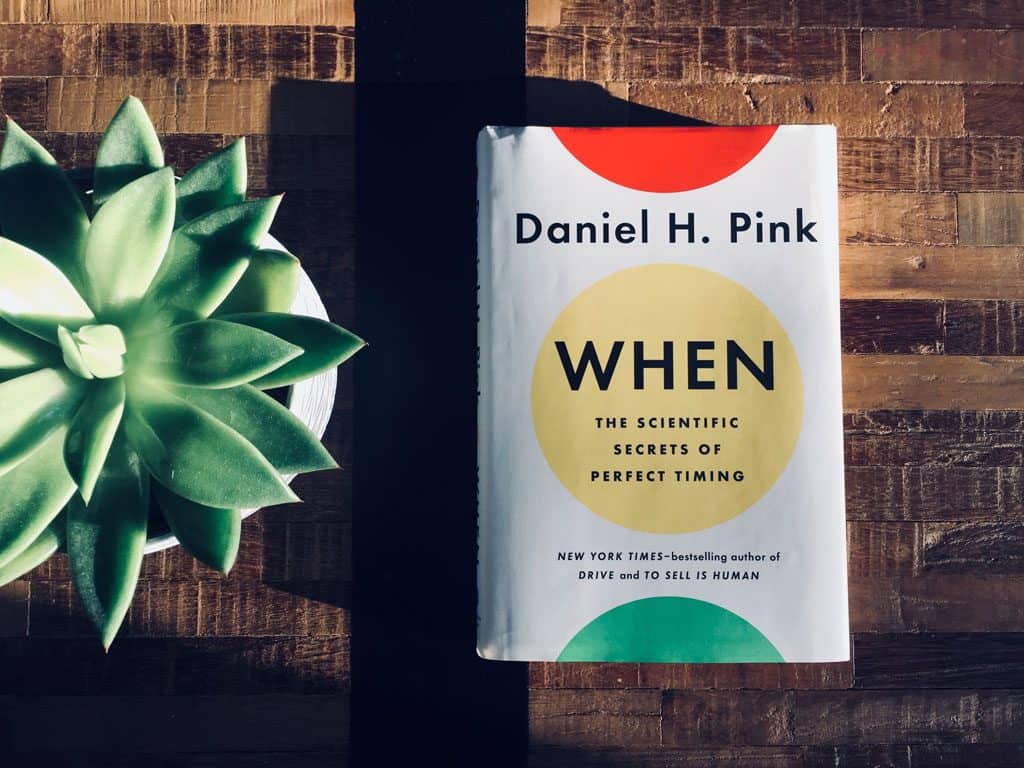 “When” by Daniel Pink: Upgrade from How-To to When-To (Book Summary)

When (and How) to Structure Your Day

Your Day:
Your Type (and what it can mean for creativity):
Mornings:
Breakfast & Lunch:
Work:
Breaks:
Naps:
Exercise:

The “When” Science Behind Beginnings, Midpoints, and Endings

When the Universe grabs your shoulders and tells you ‘I’m not f—ing around, use the gifts you were given. — Brené Brown on midlife

Anyone can deliver a happy ending—just give the characters everything they want. An artist gives us the emotion he’s promised…but with a rush of unexpected insight. — Screenplay guru Robert McKee