The parable of the tourist and the fisherman is one of my favorite short stories.

If you want to watch a short video, I enjoyed this version: 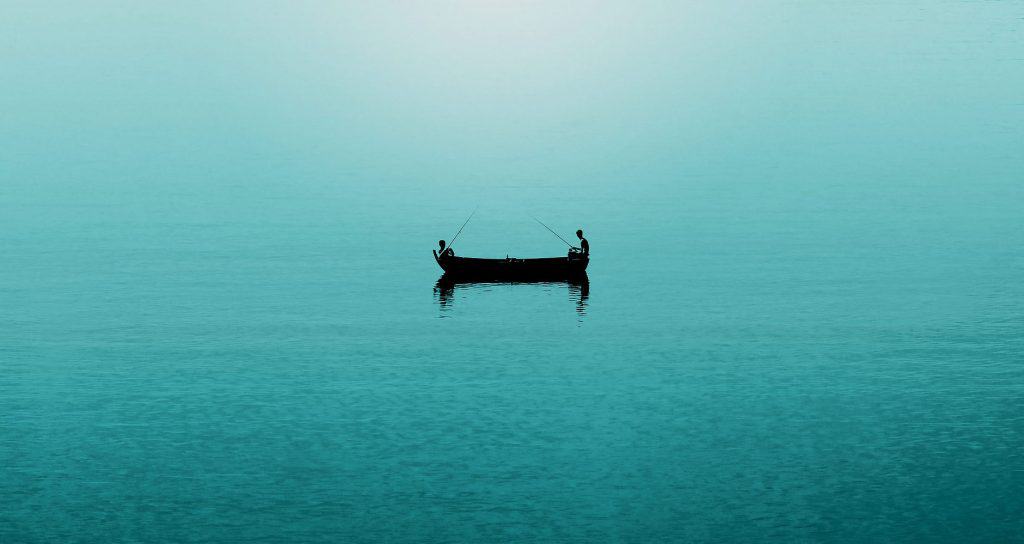 The Origin of the Tourist and the Fisherman Story

After reading the story of “The Mexican Fisherman” in Erin Loechner’s book Chasing Slow (Book Summary | Amazon), I did some quick Google searching to try to find the author and when it was originally published.

Interestingly, it doesn’t seem to pop up in Google search results until February 1, 2001. After some deeper investigative work, it looks like the original story was written by German writer Heinrich Böll in “Anekdote zur Senkung der Arbeitsmoral” (“Anecdote concerning the Lowering of Productivity”) and published in 1963.

The story has been adapted many different ways over the years, but the slow living message remains the same. In the age of digital overload, this story may be the best reminder of digital minimalism yet.

Below, I’ve pasted the original plot as well as a common adaptation from Chasing Slow. Enjoy! And, always remember to ask yourself, “Then what?”

The Plot of the Original Tourist and Fisherman Story

The story is set in an unnamed harbor on the west coast of Europe. A smartly-dressed enterprising tourist is taking photographs when he notices a shabbily dressed local fisherman taking a nap in his fishing boat. The tourist is disappointed with the fisherman’s apparently lazy attitude towards his work, so he approaches the fisherman and asks him why he is lying around instead of catching fish. The fisherman explains that he went fishing in the morning, and the small catch would be sufficient for the next two days.

The tourist tells him that if he goes out to catch fish multiple times a day, he would be able to buy a motor in less than a year, a second boat in less than two years, and so on. The tourist further explains that one day, the fisherman could even build a small cold storage plant, later a pickling factory, fly around in a helicopter, build a fish restaurant, and export lobster directly to Paris without a middleman.

The nonchalant fisherman asks, “Then what?”

The tourist enthusiastically continues, “Then, without a care in the world, you could sit here in the harbor, doze in the sun, and look at the glorious sea.”

“But I’m already doing that”, says the fisherman.

The enlightened tourist walks away pensively, with no trace of pity for the fisherman, only a little envy.

A Common Modern Adaptation: The Parable of the Mexican Fisherman

The American investment banker was at the pier of a small coastal Mexican village when a small boat with just one fisherman docked. Inside the small boat were several large fin tuna. The American complimented the Mexican on the quality of his fish and asked how long it took to catch them.

The Mexican replied, “Only a little while.”

The American then asked why he didn’t stay out longer and catch more fish.

The Mexican said he had enough to support his family’s immediate needs.

The American then asked, “But what do you do with the rest of your time?”

The Mexican fisherman said, “I sleep late, fish a little, play with my children, take siesta with my wife, Maria, stroll into the village each evening where I sip wine and play guitar with my amigos. I have a full and busy life.”

The American scoffed. “I am a Harvard MBA and could help you. You should spend more time fishing and with the proceeds, buy a bigger boat, and with the proceeds from the bigger boat, you could buy several boats. Eventually, you would have a fleet of fishing boats. Instead of selling your catch to a middleman, you would sell directly to the processor, eventually opening your own cannery. You would control the product, processing, and distribution. You would need to leave this small coastal fishing village and move to Mexico City, then LA and eventually NYC, where you will run your expanding enterprise.”

The Mexican fisherman asked, “But how long will this take?”

To which the American replied, “Fifteen to twenty years.”

The American laughed and said that’s the best part. “When the time is right, you would announce an IPO and sell your company stock to the public and become very rich; you would make millions.”

“Millions?” asked the fisherman. “Then what?”

The American said, “Then you would retire. Move to a small coastal fishing village where you would sleep late, fish a little, play with your kids, take siesta with your wife, stroll to the village in the evening, sip wine, and play guitar with your amigos!”