I’m fascinated by time—the variety of ways that humans have found to spend 24 hours of time, that the current lifespan in the US is 1% of recorded history, and that time is a finite resource. So naturally, I highly value time and like to find ways to make the most of it. Time is life after all.

I’ve previously written about my love for time blocking. Turns out it also goes by another name: timeboxing.

Either way, for a year or two now, I don’t think any productivity hack has changed my life for the better as much as this one (although, I should note that this assumes you are already saying “no” and applying essentialism as much as possible in your life and work).

So, it was no surprise to me when a report titled The Definitive 100 Most Useful Productivity Tips—which waded through hundreds of articles and ranked the 100 most frequently cited productivity tips—ranked timeboxing as the #1 most useful productivity tip out of all 100.

But, what is it exactly? 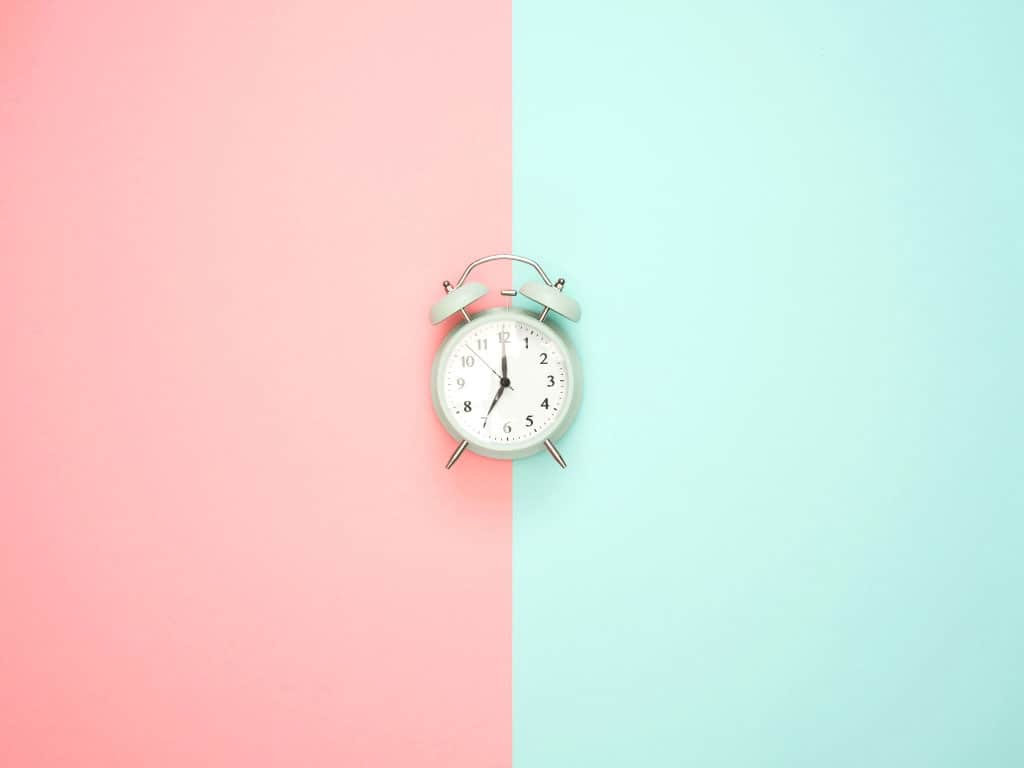 What is Timeboxing (or Time Blocking)?

In 2012, Daniel Markovitz wrote this in the Harvard Business Review:

Cal Newport helped popularize the concept in a 2013 blog post where he said:

And finally, in 2018, the Definitive 100 Most Useful Productivity Tips was published with timeboxing at #1:

Despite the clickbait title about Elon Musk, this is actually a great video about timeboxing that also mentions concepts like Parkinson’s Law and the Planning Fallacy: 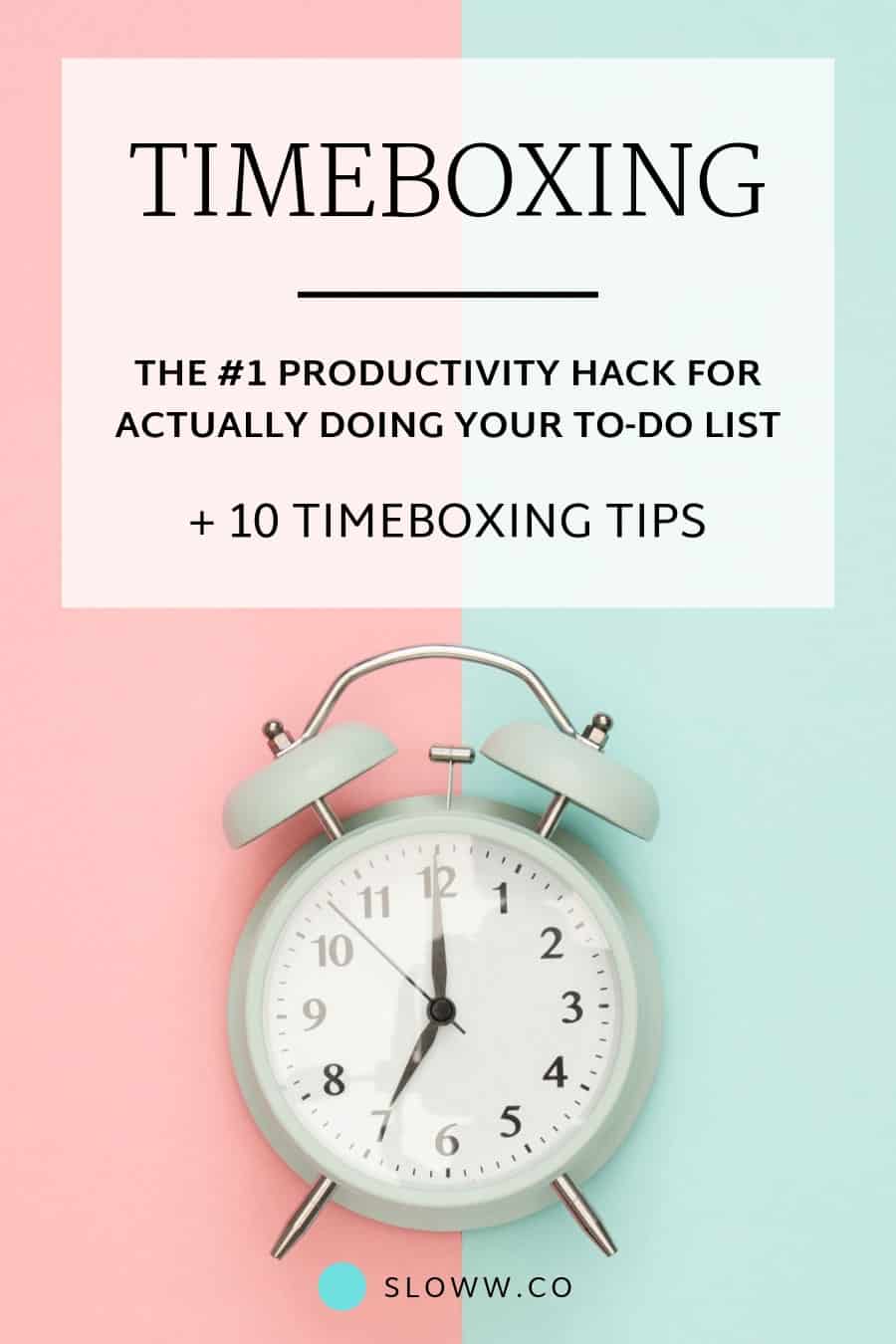 10 Timeboxing Tips to Get Started

“What gets scheduled gets done.” — Daniel Pink

Timeboxing Tip #2—Start from a base of essentialism

When you first transfer your to-do list to a calendar, you’ll likely run out of time in the day and days in the week. Then reality sets in that you just can’t do it all. That’s actually a good thing. The harsh reality of doing one thing means not doing something else—at least at that same time. It’s about making intentional trade-offs. Any use of time means a trade-off of something else. Therefore, we should want to spend as much of our time as possible on the things that are truly most important to us. Apply essentialism and saying “no” to help you identify the vital few things from the trivial many, pursue a life of less but better, and practice the hard arts of subtraction and simplicity in your life.

Tim Urban, author of the amazing blog Wait But Why, acknowledged that we have 100 10-minute blocks per day. That’s 1,000 minutes—or, about 16.7 hours—the amount of waking time we roughly have each day to live. Apparently Elon Musk timeboxes in 5-minute blocks. That seems a little excessive to me, but I’m also not Elon Musk. When you first start time blocking, you probably won’t be very good at accurately estimating how long tasks take. Almost all of us underestimate the true amount of time it takes to do something. Start with easy time increments.

Speaking of being bad at estimating time, leave some space/margin/buffer on your calendar for unexpected things that come up as well as intentional breaks. According to research, restorative breaks are good for you (not laziness).

Timeboxing gets better the more you do it. Instead of using a separate time-tracking app, recording actual time spent in your calendar (by adjusting the blocks to reality) shows you how you spent your time. Over time, you’ll also naturally get better about estimating your time if you can visualize and analyze the actuals later.

Timeboxing Tip #6—Try it digitally vs on paper

Cal Newport does his time blocking on paper, but I can’t imagine how much time he spends editing and revising his blocks as life happens! I use Google Calendar which syncs from my laptop to my phone for easy access. I’m also constantly moving blocks around within a given day, as well as day-to-day. This is important: the amount of time isn’t changing, just when it’s happening. The previous tip about tracking your actual time spent after the fact is insanely easier when you can just adjust things digitally in a matter of seconds and get a holistic view of your day or week.

Timeboxing Tip #7—Consider your energy, not just your time

What type of person are you? Morning bird or night owl? If you know you work best in 90-minute cycles, incorporate that. If you just want to grind out 3-4 hours straight (which seems to be a common theme with writers doing that with their first 3-4 hours of each day), time block that way. Managing your time is only as effective as managing your energy during that time.

Timeboxing Tip #8—Use recurring events to make your life easier

The more you can schedule things for specific days and times, the more you’ll be able to develop consistent habits.

“We are what we repeatedly do. Excellence, then, is not an act, but a habit.” — Will Durant

“If you don’t prioritize your life, someone else will.” — Greg McKeown, author of Essentialism

Want to see inspiration from the most famous time blocking masters like Benjamin Franklin? Check out my original post on time blocking.