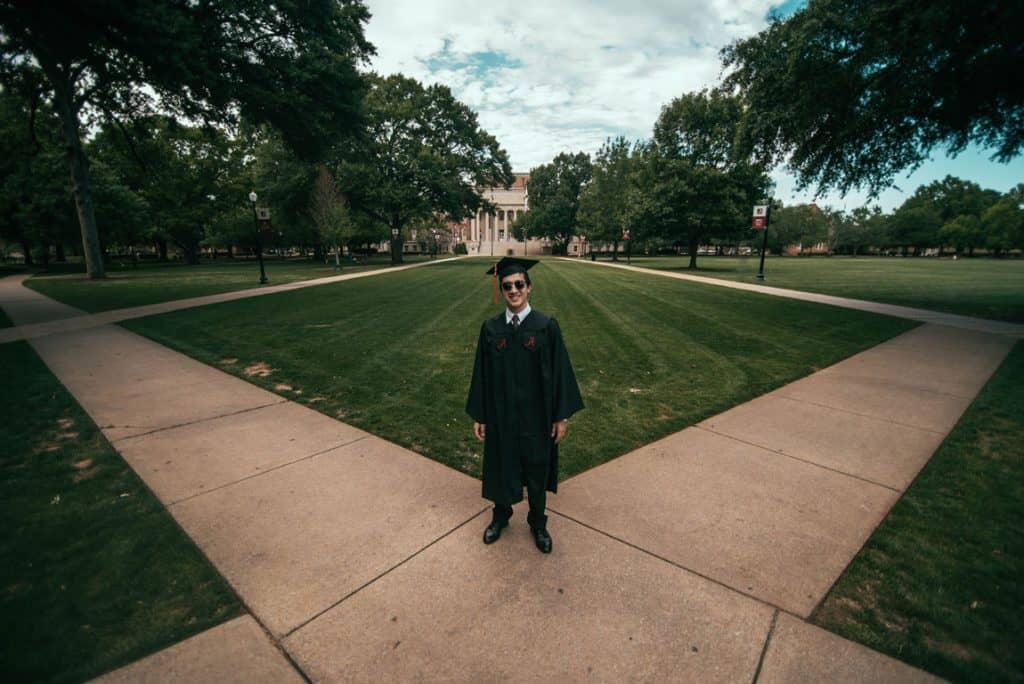 It’s that time of the year! Graduation season. Listen up Millennials (including myself). You have a choice. Your 24 hours a day end up determining your lifetime.

You may think commencement speeches are all about purpose. While that’s certainly a hot topic, there are other themes that we can all apply to our lives regardless of our age or when/if we graduated.

The 3 Themes from the Top Commencement Speeches

Now, let’s take a look at some of the best commencement speeches that highlight these themes beautifully. I’ve pulled out the single best quote (in my opinion) to highlight each speech.

Note: I chose the most recent Oprah commencement speech. It’s not the most viewed of hers (yet at least), but I’d assume that it has all the wisdom of her other speeches combined. It’s certainly the most timely and culturally relevant.

“The question is: What are you willing to stand for? That question is going to follow you throughout your life…Pick a problem. Any problem. And do something about it. Because to somebody who is hurting, something is everything.” — Oprah

“You can’t connect the dots looking forward. You can only connect them looking backwards. So you have to trust that the dots will somehow connect in your future. You have to trust in something — your gut, destiny, life, karma, whatever — because believing that the dots will connect down the road will give you the confidence to follow your heart even when it leads you off the well-worn path, and that will make all the difference.” — Steve Jobs

“All there will ever be is what’s happening here, and the decisions we make in this moment which are based in either love or fear. So many of us choose our path out of fear disguised as practicality. What we really want seems impossibly out of reach and ridiculous to expect so we never dare to ask the universe for it. I’m saying, I’m the proof, that you can ask the universe for it. Please.” — Jim Carrey

“Failure meant a stripping away of the inessential. I stopped pretending to myself that I was anything other than what I was. And began to direct all my energy into finishing the only work that mattered to me. Had I really succeeded at anything else I might never have found the determination to succeed in the one arena where I believed I truly belonged. I was set free.” — J.K. Rowling

“There are very few rules to improv, but one of the things I was taught early on is that you are not the most important person in the scene — everybody else is. And if everybody else is more important than you are, you will naturally pay attention to them and serve them. But the good news is you’re in the scene too, so hopefully to them you’re the most important person and they will serve you. No one is leading. You’re all following the follower, serving the servant. You cannot win improv. And life is an improvisation. You have no idea what’s going to happen next.” — Stephen Colbert

“Taking a serious look back, I do have one big regret. I left Harvard with no real awareness of the awful inequities in the world. The appalling disparities of health and wealth, and opportunity that condemned millions of people to lives of despair. I learned a lot here at Harvard about new ideas and economics and politics. I got great exposure to the advances being made in the sciences, but humanity’s greatest advances are not in its discoveries but in how those discoveries are applied to reduce inequity.” — Bill Gates

If you’re just graduating or looking for some new inspiration, there’s no better time than now (after all, it’s science). Or, maybe you’re just looking for a perspective reset. Either way, please leave a comment and let me know what you think!