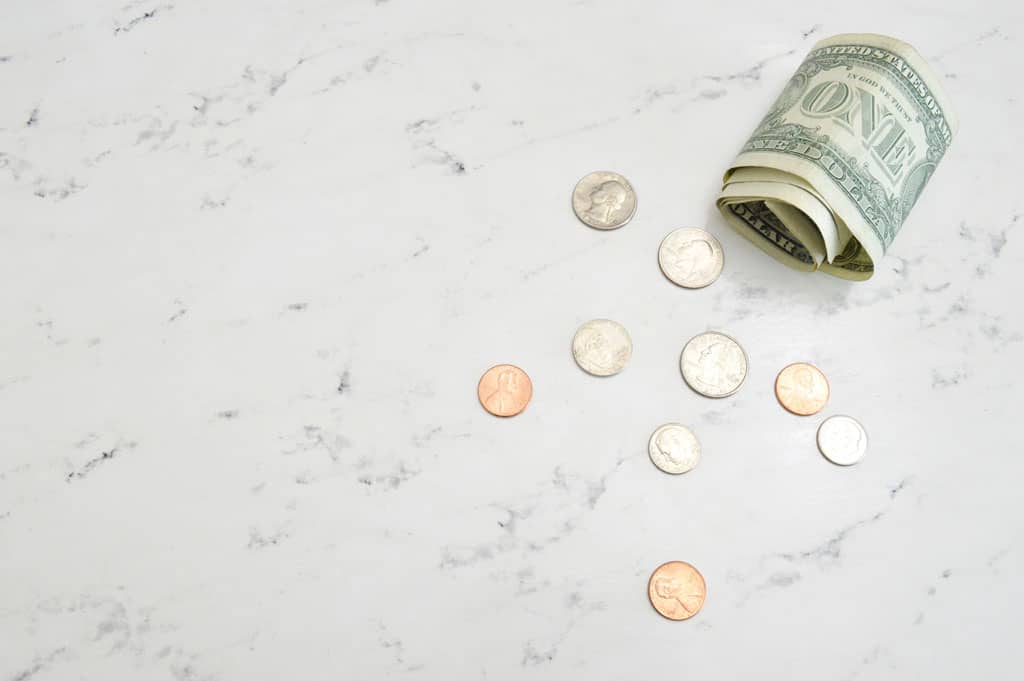 Money money money. Whether you spend a bunch or save it all, it’s a topic we all have to deal with in some way.

If you Google something along the lines of “how much money is enough,” you’ll find a bunch of articles about total net worth, financial independence, and early retirement.

You’ll also see the vague answer, “It’s up to each individual person to decide how much is enough.” While that’s subjectively true, what does research say about enough money?

In the previous post, we looked at the data on average American annual expenses. But, what about annual income?

As you’ll see based on the research, money can actually buy happiness and well-being—to a point. Where do diminishing returns and turning points occur? What is enough, and can there ever be too much?

That word ‘enough’ is a relative term. We all should have our own set of unique life goals to guide financial decisions. Unfortunately, if you haven’t taken the time to explore your financial plans, you may end up getting trapped in the pursuit of more rather than the contentment of enough. — Forbes¹

How Much Income is Enough Money for Well-Being (According to Research)?

“If you worship money and things — if they are where you tap real meaning in life — then you will never have enough. Never feel you have enough…On one level, we all know this stuff already…The trick is keeping the truth up-front in daily consciousness.” ― David Foster Wallace

Let’s start with the primary piece of research on this topic: High income improves evaluation of life but not emotional well-being² by Daniel Kahneman and Angus Deaton (published in 2010).

Kahneman and Deaton studied the impact of income on subjective well-being. Here are definitions for the two key things they investigated, emotional well-being and life evaluation:

The key findings from the research were that money can keep buying life evaluation (satisfaction) up to any amount, but money only affects emotional well-being (happiness) up to an annual income of ∼$75,000.

In Kahneman and Deaton’s own words:

80000Hours.org, a career-planning resource, created a prettier graph than the one in the original research:

80000Hours.org has some of the most comprehensive summaries of all the available research on money and well-being. They break down the research further:

Their conclusion: “Much of our everyday human experiences are just not affected much by money.” — 80000Hours.org4

The Latest Income Research Studying How Much Money is Enough

“Your freedom is more important than money. It is better to live the kind of life you want than to earn more and be constrained. Don’t sell your freedom.” — Haemin Sunim

It’s hard to believe that 2010 was almost a decade ago. Lucky for us, some more recent research was published in 2018: Happiness, income satiation and turning points around the world5 by Andrew T. Jebb, Louis Tay, Ed Diener, and Shigehiro Oishi.

Recall in the 2010 study above that there was no diminishing return for life evaluation and a $75,000 point for subjective well-being. Interestingly, the 2018 research concluded lower amounts needed for each of these:

“Globally, we find that satiation occurs at $95,000 for life evaluation and $60,000-$75,000 for emotional well-being. However, there is substantial variation across world regions, with satiation occurring later in wealthier regions.”5

Why were their results lower?

No matter who you are or where you live, we are all wired this way: “We found that satiation is a ubiquitous phenomenon for all three measures of well-being.”

Here’s what those income satiation points look like when you slice and dice the data in different ways:

This research even goes a step further to suggest that too much money can actually negatively impact happiness at certain “turning points”:

Getting Started with Enough

“He who knows he has enough is rich.” — Lao Tzu

First, let’s establish that there’s a difference between voluntary simplicity (deciding you have enough) and poverty (not having enough):

Poverty is involuntary and debilitating, whereas simplicity is voluntary and enabling. Poverty is mean and degrading to the human spirit, whereas a life of conscious simplicity can have both a beauty and a functional integrity that elevates the human spirit. Involuntary poverty generates a sense of helplessness, passivity, and despair, whereas purposeful simplicity fosters a sense of personal empowerment, creative engagement, and opportunity. — Duane Elgin

Also, all increases in income are not created equally:

The research presented in this post shows that we are all subject to certain universal laws of well-being. There are minimums and maximums when it comes to making money. The goal is to figure out what is enough for you.

You can take some inspiration from those in the FIRE community (Financial Independence Retire Early) who often have household annual spending in the $25-40,000/year range. This is well under the average annual American household spending of $60,060 in 2017.

Other individual sources of inspiration are leading philosophers Will MacAskill and Toby Ord:

I’ll leave you with a quote and video from Vicki Robin, author of the bestselling book Your Money or Your Life: 9 Steps to Transforming Your Relationship with Money and Achieving Financial Independence. Vicki Robin was called “the prophet of consumption down-sizers” by the New York Times and had this to say about enough:

The new roadmap says that there is something called ‘enough’…’enough’ is this vibrant, vital place…an awareness about the flow of money and stuff in your life, in light of your true happiness and your sense of purpose and values, and that your ‘enough point’ (having enough) is having everything you want and need, to have a life you love and full self-expression, with nothing in excess. It’s not minimalism. It’s not less is more (because sometimes more is more), but it’s that sweet spot, it’s the Goldilocks point. Enough for me is one of the absolute fulcrums between the old roadmap for money and the new roadmap for money…Once people start to pay attention to the flow of money and stuff in their lives in this way, their consumption drops by about 20-25% naturally because that’s the amount of unconsciousness that you have in your spending. So, when you become conscious, that falls away and many people say they don’t even know what they used to spend their money on. — Vicki Robin

Have you determined the “enough point” in your life yet? If so, please let me know in the comments!